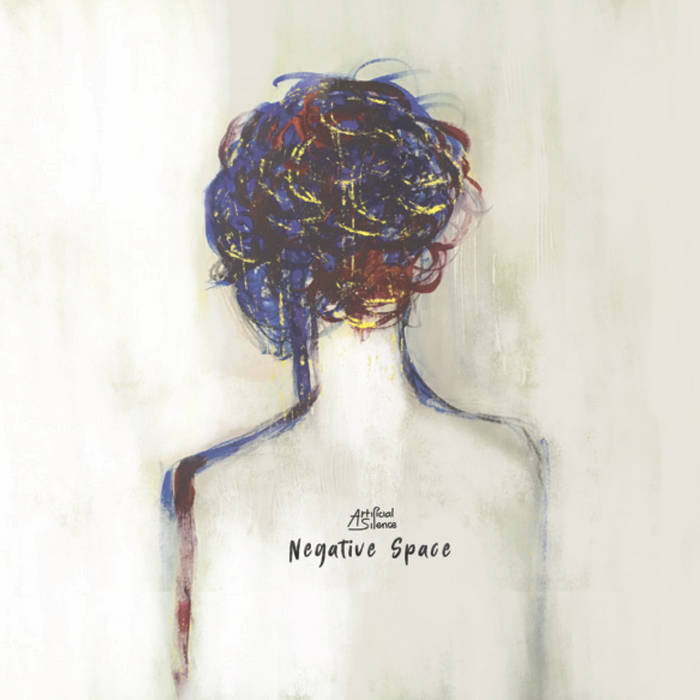 kadees I truly believe this album to be a masterpiece. This band and this album take influences from all over the prog landscape, and bring them together to create something beautiful.
All of the tracks on this album are great in my opinion, but the standouts from the album are "Innocent", "The Advocate", and "Our Happy Home". These guys really are something special and deserve more attention than they currently have. Favorite track: The Advocate.

Caligosunder An original piece for sure. Artificial Silence's experimentation and songwriting should not be overlooked, there are some real hidden gems in Negative Space. Favorite track: Our Happy Home.

Sven B. Schreiber There's astonishingly few information on the internet on this really outstanding album. So what I could find out is that "Artificial Silence" is an US-American band from Lakewood, Washington, and it was previously known as "Jon Heartbreak". Moreover, this album was in the making since 2012, interrupted by a multi-year hiatus, and probably it will remain a one-off, which would be a real pity. The music is obviously influenced by "Dream Theater", but it's much more interesting. Some tracks contain excessive genre-typical guitar and keyboard solos, which drive me to push the "fast forward" button, but on the bottom line, this magnum opus is remarkably void of such disposable nonsense. Favorite track: The Empath.

Eric Church A truly beautiful album that covers much of what I love about prog: the ability to combine and contrast heavy riffs with beautiful sequences of piano and vocal harmonies. I'll be listening to this one for a while. Great work! Favorite track: The Advocate.

The Orchestra
Conducted by Austin Schend

The Choir
Conducted by Austin Schend

Track Name: Skin Deep
A stifled voice and a tongue bitten in two
Forgotten in a shadow of shallow sympathy
Passing as ghosts, walking among us
Haunted by a spectre of silent shame

There is nobody who would not collapse
Under the weight of their own mind
Or the weight of a lack of humility
Insensitive to the invisible, hateful and blind

Does sympathy halt at the skin and go no deeper?
Complicit hands must make this change
Track Name: Latency
[Instrumental]
Track Name: Innocent
I knew a poor young girl
She was but seventeen
So kind and pure of heart
She did not deserve what had come

But her heart was innocent
It seems so far from just
But anger affords no peace of mind
Track Name: In the Midst of a Dream
There’s never been a love like these two shared, so selflessly
It melts the stolid heart and bitter word, and sheds its light upon this waking dream

Do you recall our solemn softly spoken promises?
Blessed beneath a canvas of starlight’s warmth
Bathed in full moon’s glow

And there lay our two souls entwined, arranged in perfect euphony

And this love shall last, never have hearts rang so true
Just keep this simple promise and we’ll make it through
Track Name: The Advocate
What do you do when your hero's gone away
And no one has an answer, no one seems to understand why?

You're all on your own now

But though she saw the signs, and spoke her desperate words
They failed to cross the lines drawn, patterns unfamiliar
With each erratic thought expressed and earnestly heard
Her swelling heart endures, as a line connects but another grows

I never knew things could end this way
With so much hurt, so much pain
Oh, I miss you more, much more than my heart has ever felt before

What do you do when your hero's left you
And you could have been the one to put her mind at ease
Obscure and unrecognizable patterns drawn, unknown to their host
The depth is beyond what you've been led to believe

And so she saw the signs, but every desperate word
Became an agent to a helpless situation
The stillness of her heart and hands so cold and forlorn
She holds for one last time, in the hopes she'll know she'd never leave her side
Track Name: Our Happy Home
All it takes is just a little bit of effort
All it takes is just a little bit so try and follow to their lead now
They think of all that's happened, all that's been bled and sacrificed
A little less like her is all they ever wanted her to be

Ever the fixation on the thoughts of prying eyes
Their stares and muttered musings must be giveaways of what they're thinking of
Force assimilation for the shame's too great to bring to light
But what would people think if they knew about this condition on their love?

Oh, as they stand among the ruins
As they watch the panicked tears
They flow in ceaseless cycles
She leaves the room

He says "Today's a lost cause, tomorrow might be better
We owe ourselves a brief reprieve" he selfishly suggests
"There's nothing we've done to deserve such bitter words"
He justifies while lost inside his own self-righteous fantasy

Now a careless echo forms in the peaceful place they used to live
A shadow of a faux resilience, and their old capacity to give
Replaced by the strain and the weight of a lack of humility
From an essential source,

And why does it ease your mind
Can you rest your head in knowing
You did all you were willing to do
But what is it you're going to lose?

You've drawn the line in the difference between
What it means to endure and what it means
To be so stubborn, to be so inflexible
Wallow in the gutter, deny cause this you can't redeem
Track Name: Manifest
[Instrumental]
Track Name: Expose
[Instrumental]
Track Name: Negative Space
There she sits in a daze
In the wake of a ceaseless storm
Float through the cracks and the blind spots
Now take a deep breath and release
(Release) what she held just moments ago
It belonged to an unfamiliar self
(Sense of self) rearranged in an unfamiliar state

She’s constantly reminded this is nothing new,
she’s better left to sort this out
And no one dares to contemplate the struggle she’s faced
(You’re all on your own now)
Despite all that she’s shown

The space between the words grab hold,
as a menacing mirage, an illusion
As all that’s left unsaid compounds,
and emphasizes fear that someone leaves
And one by one they justify, lend credence to this warped perception
They feed its growth on dregs of shallow sympathy

I am lost within this new duality, an imbalance of my consciousness, a conflict between heart and hand
No second guessing
You’re all underwhelmed
This is real

The space between the words grab hold,
as a menacing mirage, an illusion
As all that’s left unsaid compounds,
and emphasizes fear that someone leaves
And one by one they justify, lend credence to this warped perception
They feed its growth on dregs of shallow sympathy
Track Name: A New Perspective
Aseptic minds create a narrative
Prescribing sentences to formula
And so your fate has been set out for you
Now the healing can begin

We see the signs, and let them justify
A framework built and kept alive for our convenience

Maybe with this consequence they’ll learn and start to understand what they failed to provide
Track Name: The Empath
I’m trying to understand this feeling that won’t let go
I watch what they’re going through, their sorrow I see
It’s out of my control

And now I’m lost in a moment
I’m lost in a dream
Who’s to say my intuition is not a gift that needed just just some nurturing?

I’ll bite my tongue and stifle my voice, retreat to a shadow
Somewhere I can find some peace
Was it the weight of my own mind that led me here
Or the complicit hands of everyone that I love?